This morning I woke up thinking about divorce. My parents were divorced when I was a child. They say that children are resilient and can adjust/overcome their circumstances. I believe that to a certain point. If the parent remarries and the stepparent actually steps in and assumes the role of a loving parent, accepting the child as his/her “own,” then the child can adjust.

If the stepparent is opposite of a supportive and nurturing parent, then the child will mourn the loss of the family unit and the effects can last a lifetime. That child would be forever thinking about “what if” or “what could have been” – if the parents had just put more effort into working things out then things would have been different, they would have been “one big happy family.” Dwelling on the past is not healthy.

What’s the point? Divorce happens, and it happens frequently. If you are going to marry someone with children/grandchildren, then love the children/grandchildren as your “own”—as if you had given birth to them or that you willingly adopted them. Be the kind of parent/grandparent to them that you always wanted to have, or if you had great parents/grandparents growing up then emulate that for them.

God gave us this example: “Even before He made the world, God loved us and chose us in Christ to be holy and without fault in His eyes. God decided in advance to adopt us into His own family by bringing us to Himself through Jesus Christ. This is what He wanted to do, and it gave Him great pleasure” (Eph 1:4-5, NLT).

I remember watching a movie where a man continued to see his stepson even though he and his wife were divorced. The man’s daughter asked why, and he said, “You divorce wives not children.” What a great statement.

I lived with my mother and stepfather so I didn’t get to see my father much. Looking back, I wondered what my father could have done to make me feel like I was still a part of this life:

I remember when my parents divorced. They had a lot of arguments before then, and I think the main issue was that my parents didn’t know how to communicate with one another. Another issue was that my father was always away (he was in the Navy and gone for many months at a time). There were other issues too, but I think those stemmed from the two issues already mentioned.

Even though I did not see my father very often when my parents were married, divorce felt very different. Divorce was like a death. It kind of reminds me of the story of Lazarus and the Rich Man in Luke 16; in verses 22, 23, and 26 it has, “The time came when the beggar [Lazarus] died and the angels carried him to Abraham’s side. The rich man also died and was buried. In Hades, where he [the rich man] was in torment, he looked up and saw Abraham far away, with Lazarus by his side… there is a great chasm separating us.” This was what it was like for me—seeing my father but not being able to be in his presence.

Sometimes I wonder what I would have been like if my parents would have stayed together and saw a marriage counselor and worked things out. Would I have been more outgoing? Friendlier? Instead I find myself emotionally distant from people.

I think some of the issues I experienced earlier in my marriage was a result of my parents’ divorce—how could I truly trust and love anyone if he’s just going to leave me like my father left me? I think this might be a reason why some children of divorced parents get divorced themselves—they have a lack of trust so they do not fully give 100% into their own marriage.

I think my marriage was headed in that direction—divorce, but God intervened. After our 16th anniversary we both took a class, “Marriage Enrichment.” It was taught by Dr. Bill Cutrer and his wife, Jane (Dr. Cutrer is the co-author of the book, “Sexual Intimacy in Marriage,” http://www.amazon.com/Sexual-Intimacy-Marriage-William-Cutrer/dp/0825424372).

After the class had ended, we signed up for weekend marriage seminars and other helpful courses, and after a while we realized that we no longer needed these courses anymore—our marriage had stabilized.

This year my husband and I will celebrate our 29th anniversary in November. I am amazed that my marriage has lasted this long— sadly, all of my siblings have had one or more divorces.

What is really amazing about my marriage is that I truly love this man. I feel blessed to have shared my life with him— we had the privilege of raising our four beautiful children together, seeing the three older ones get married, and God has now blessed us with three beautiful, smart, and amazing granddaughters.

My wonderful marriage is what drives me to want to help couples. I know that if they could just get through the rough period, then the rest of the marriage would be so much better.

I have a passion to help married people stay together. In fact, I did a study on keeping marriages from ending in divorce (http://books.google.com/books/about/Marriage_Mentoring_with_Couples_in_Marit.html?id=eAdnMwEACAAJ). If at all possible, I think married people should avoid divorce (although, I realize that there are circumstances when it is necessary).

If you are having problems in your marriage, then please find a good marriage counselor (http://www.aacc.net/resources/find-a-counselor/) and try to work things out. Don’t give up!

Matthew 19:3-6, “Some Pharisees came and tried to trap him [Jesus] with this question: ‘Should a man be allowed to divorce his wife for just any reason?’ ‘Haven’t you read the Scriptures?’ Jesus replied. ‘They record that from the beginning ‘God made them male and female.’ And he said, ‘This explains why a man leaves his father and mother and is joined to his wife, and the two are united into one.’ Since they are no longer two but one, let no one split apart what God has joined together.”

My son will be getting married on June 1st of this year.  I am happy about this. I have two other children who are already married and have children of their own.  My husband and I have been married for almost 29 years. Marriage is important in our family.

I think about all the marriages that take place in our country, and I think about all the divorces that also takes place. I often wonder if people actually look at marriage as a life-long commitment. I was thrilled when I first got engaged—the ring was beautiful; but one day I took a serious look at my relationship and asked myself, “Can I be married to this person for the rest of my life?” The answer was, “No.” I knew that if I married this person that my marriage would end in a divorce, so I broke off the engagement. How many people actually ask this question before they get married?

I then married another man– my husband. Our marriage was very rocky the first few years. I never realized how different we were and we dealt with conflict very negatively. There was even a point in the early part of my marriage that I considered getting a divorce because the tension was so great, but I thought about the question I had asked myself—“Can I be married to this person for the rest of my life?” My answer was, “Yes,” so I couldn’t give up just because we were having problems communicating.

We had some good days but we had many bad days—it was like that for the first 16 years of our marriage. It started to feel like we were just going through the motions of being married—like we were married only because we were obligated to stay together. Since we were both students at the seminary, we took a class together—a marriage enrichment course.

After several weeks of listening to lectures and doing role-playing exercises, we realized that our marriage was not all it could be. That one class made us realize that we had to work on our marriage so we signed up for marriage seminars and read books on communication. We broke patterns of old behavior that inhibited open communication. We still have times when we disagree, but we can actually discuss them now—no longer are we mad at each other for days on end.

I think we both recognized that God had brought us together but Satan was trying to pull us apart. Even though we both wanted to fight for our marriage, we were still battling Satan by our own power. We had so many false starts—times when we picked up the Bible and said we would read it together but after a few days we would stop.  It wasn’t until we actually made the commitment to read the Bible and pray together that our marriage really changed. 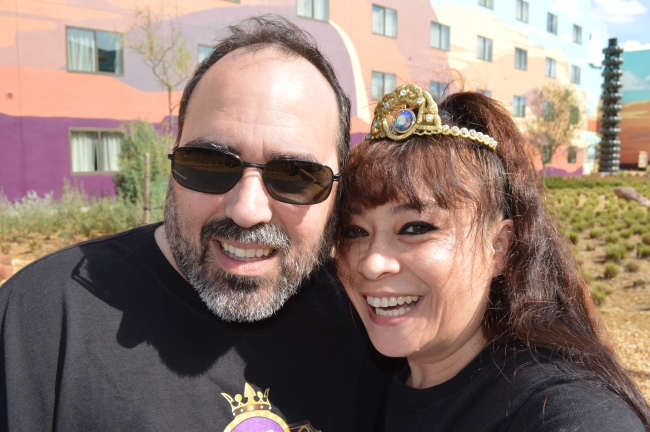 I can never say it enough—if you are in a “loveless” or a lackluster marriage then please consult the One who is the Author of love and marriage, God—read His Word and pray to Him—do this together as one flesh.

Recently I had said that everyone gets sad or depressed occasionally, but after I had said it I realized that I hadn’t been sad in a while. Then this morning, for some reason, I became extremely sad. I thought about my father and how he used to call me “Macs” (pronounced “Max). It was so natural to hear him call me that—it didn’t seem like it was a different name at all. Then one day after he and my mother divorced (when I was about 6 or 7), he called me “Teresa.” He stopped calling me “Macs.” It was like when he divorced my mother, he divorced me too. 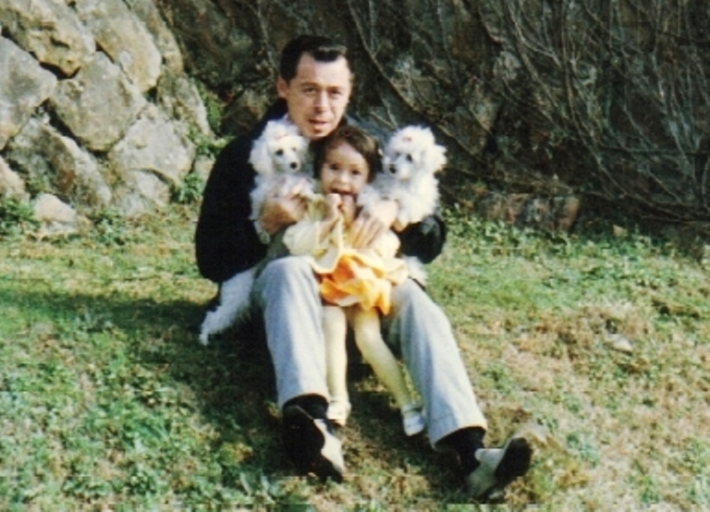 I have to work out today so I will give this memory to God then go for a run!