I remember the very first time I met my father-in-law. It was early in the morning. My husband had picked me up from Miami airport at around midnight and we drove all night to his parents’ home in Ormond Beach. I was so nervous because I didn’t know how I would be received.

My husband’s father emerged from the hallway with a huge smile and his arms were out to hug me. He was so happy to see me and I felt so welcomed.

Even though God is my Heavenly Father, I think He knew that I needed to have a father who could show me what a real father ought to be. Over the years my father-in-law did many of the things I imagined a father would— he showed me how to make spaghetti sauce and to roast red peppers, he shared stories from his past, and we would go to the local Farmer’s market and thrift stores.

My father-in-law was the father figure I never had as a child— he gave me encouragement and accepted me. I think God blessed me with him because my other earthly fathers fell short—my biological father had basically abandoned me after my parents divorced, and my stepfather was a pedophile.

I felt more like my father-in-law’s adopted daughter than his daughter-in-law, and I called him, “Dad,” because in my heart that’s what he was to me. I wanted him to be proud of me— for being a good wife and mother, and for my personal accomplishments. He died before I received my doctorate degree, but I know he would have been proud.

Today is his birthday and I mourn his death, but I am thankful that he was in my life—“Whatever is good and perfect is a gift coming down to us from God our Father…” (James 1:17, NLT), and I know one day I will see him again. God is good!

Sometimes God speaks through an email…

I have been teaching online classes for a few years now. Over the last few months I kept wondering if anything I did really mattered—maybe I should do something different, maybe I’m not as encouraging as I thought I was, maybe I’m just wasting my time, etc.

Today I received an email from one of my students from this past semester. She is graduating in May and she had to write a paper discussing the five classes that impacted her. My class was one of them— “I wanted you to have a copy you were such a big part of. I really enjoyed your online class.” I was so touched by the email and the paper because not only did I teach that class, but I also wrote it—picked out the books and created the assignments.

The student writes: “This was my one and only online class, and I was intimidated going into this type of learning environment. I found that I enjoyed the setting and learned more by doing more on my own. My instructor was Dr. Maria Trascritti (Dr. T.) I was challenged by her correction of my work.  It was constructive and helped me immensely…The seven step decision making process is important to my work now and the work I plan on doing in the future within the health care industry…

I will be prompted to ask myself if the decisions I am making will impact others positively or negatively, who will benefit, and if what I decide will glorify God… One of the most memorable ethical situations that was brought to light while I was taking this course related to a scripture from Malachi 3:8 NLT, “Will a mere mortal rob God? Yet you rob me. “But you ask, ‘How are we robbing you?’ “In tithes and offerings.”

In the work place just as in church or charity if we are withholding, we are taking or stealing what rightfully belongs to the workplace.  When an employee is actively not doing what they know they should be doing it is the same as stealing if they are taking payment for the day’s work.”

I have always felt that if I could impact just one student, then all of this work is “worth it.” I am thankful to God that I was able to influence this student in such a positive way. God is good!

I don’t think I thank God enough for His blessings. This morning, as I was eating breakfast, I looked at the nearly panoramic view of the outside from the breakfast table, and I thanked God that I had this house—it’s not fancy, it’s not gigantic—it’s comfortable.

My husband and I are camping for the next two days in a campground that is only a couple of miles from our home. It’s a blessing that we have such a beautiful area to camp that so close to our house. 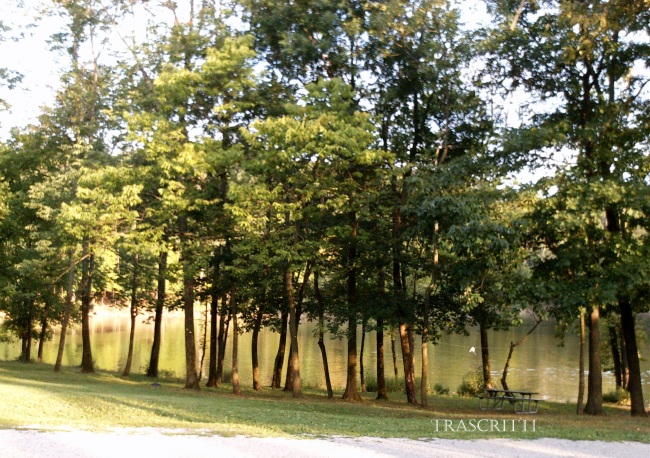 I am thankful for this campground, for our camper, and for the bike that I rode today.

There were times when I had wished for a bigger place, more money, or more things, but now I realize that I should have been thankful for what I had.

Philippians 4:19 says, “God will supply every need of yours according to his riches in glory in Christ Jesus” (ESV).

I have a new appreciation for the things that God has given me. Instead of looking at what I don’t have, I look at what I do have.

Thank you, God, for my family, my job, my home, and all the things you have given to me!

Today I took my last medication. I’ve been on bedrest for ten days straight, but it has felt so much longer than that. Yesterday was the first day I started to feel “normal.”

My inability to do certain things during my recovery has made me thankful this morning for the little things that I used to take for granted:

Sometimes I don’t think we take the time to really be thankful for the “little” things.

I am especially thankful for a husband who made numerous trips to the store for rice pudding. I thank God for him!

During our last visit to Disney World, we stopped off at the Mexico pavilion and saw someone making glass figurines. It really fascinated me because (1) it’s something that I can’t do, and (2) the finished product was so incredible. I stood there for a few seconds just watching the woman shoot flames on the pieces of glass then melting and forming shapes from it. 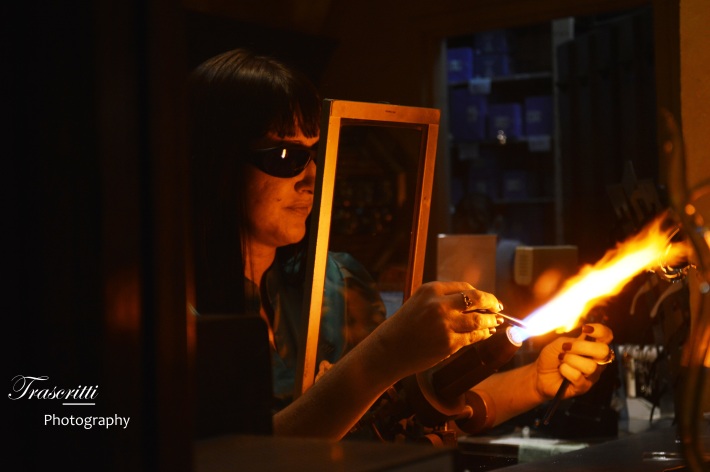 I thought about these passages from Exodus 35:30-33, “Then Moses told the people of Israel, The Lord has specifically chosen Bezalel… giving him great wisdom, ability, and expertise in all kinds of crafts. He is a master craftsman… He is skilled in engraving and mounting gemstones and in carving wood. He is a master at every craft” (NLT).

There are so many talented people in the world, but I’m not sure if they realize that their skills and abilities have come from God. I am not always thankful for the abilities God has given me, and most of the time I take them for granted. Psalm 139:14 reminds me that God has made me into who I am today and all my gifts and talents come from Him. Thank you, God!

My husband and I are reading through Job and we are at the part where Job’s friends are there to console him. After his first friend speaks, Job replies by describing his pain—“My body is covered with maggots and scabs. My skin breaks open, oozing with pus” (Job 7:5, NLT). Even though Job had lost everything and was now physically suffering, he never “curses” God.

People endure so many different things. My father-in-law suffered with a debilitating illness for 20 years yet it made him a stronger Christian. No matter how much pain he felt, he had a smile on his face. He could have easily turned away from God but instead he clung to Him even tighter.

Then I thought about people who have other hardships and how they have stopped relying on God. Rather than asking God why they are suffering, they instead say in their hearts that there is no God.  These people are like seeds that have been planted on shallow soil or around thorn bushes—they spout but then die off quickly (Matthew 13:5-7, NLT).

I think God uses hardships to shape us. It is a test of our endurance—will we keep relying on Him even though it seems like He is doing nothing to help us? First Thessalonians 5:17-18 says, “Never stop praying. Be thankful in all circumstances, for this is God’s will for you who belong to Christ Jesus” (NLT). Are you suffering physically, mentally, or emotionally? Then run to God, cling to Him, and never let Him go!